The Martyr's Oath: Living for the Jesus They're Willing to Die for 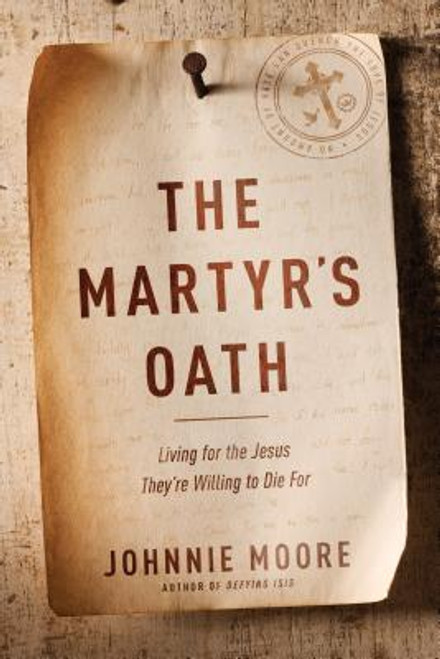 The Martyr's Oath: Living for the Jesus They're Willing to Die for

Be Inspired by Amazing Eyewitness Stories of Hope and Courage from the Persecuted Church
We are witnessing an astonishing escalation in Christian persecution like we have rarely seen since the first century. Some estimate that every five minutes, a Christian is martyred for his or her faith. Countries like Egypt have experienced more Christian persecution in the last five years than in the previous six hundred years combined. And who could have missed the atrocities of ISIS in Syria, Boko Haram in Nigeria, and the continued persecution of Christians in North Korea?

Johnnie Moore, like many American Christians, didn't fully appreciate the extent of what was going on--until he witnessed the graduation of theology students in India. Unlike graduation ceremonies in America--where feel-good speeches made by visiting celebrities are common--this one featured a remarkable oath. It wasn't an oath to excel or succeed. It was an oath to be willing to die, if necessary, for the cause of Christ. This was no empty promise. This was a choice, choosing the eternal over the temporal.

Johnnie knew he was witnessing a raw, first-century Christianity that his comfortable American version had shielded him from. "For the first time, I really understand my faith," says Johnnie Moore. Now, he's on a mission to give this same experience to others. He and his team have crisscrossed the world, recorders in hand, gathering eyewitness accounts from dozens of people who survived persecution--and the stories of some who didn't.

Join Johnnie Moore on this compelling journey to the heart of the Christian faith.

Living for an Audience of One

What If Love Is the Point? Living for Jesus in a Self-Consumed World

Living for an Audience of One

God Made Me in His Image: Helping Children Appreciate Their Bodies (God Made Me)

Embracing Your Imperfections as a Parent