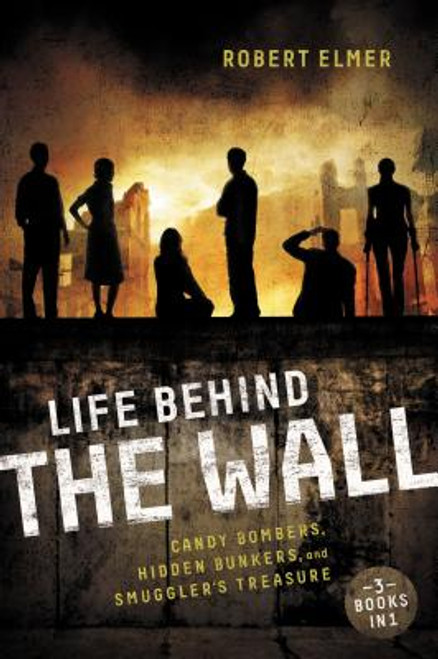 Cut off by the Iron Curtain

This epic tale extends across generations and unfolds against the backdrop of a dangerous Cold War Berlin. This historically accurate, action-packed, three-books-in-one edition features three generations of resourceful teens living in the shadow of the Berlin Wall.

Candy Bombers In spring 1948, teenage cousins Erich and Katarina are simply trying to survive in war-ravaged Berlin when the Soviets blockade the east side of the city, isolating its citizens--and starving them--behind the Iron Curtain.

Beetle Bunker In August 1961, Sabine discovers a forgotten underground bunker. Though she first uses it to escape her crowded home, she soon realizes her hideout could possibly take her family under the wall to West Berlin and freedom

Smuggler's Treasure In spring 1989, life is good in West Germany, and even the Cold War seems to be thawing in the warmer weather. But as Liesl works on a class project about the history of the wall, she stumbles onto a startling secret no one will talk about.

Behind the Veils of Yemen

Seven Men: And the Secret of Their Greatness (Softcover)