A Change of Affection: A Gay Man's Incredible Story of Redemption 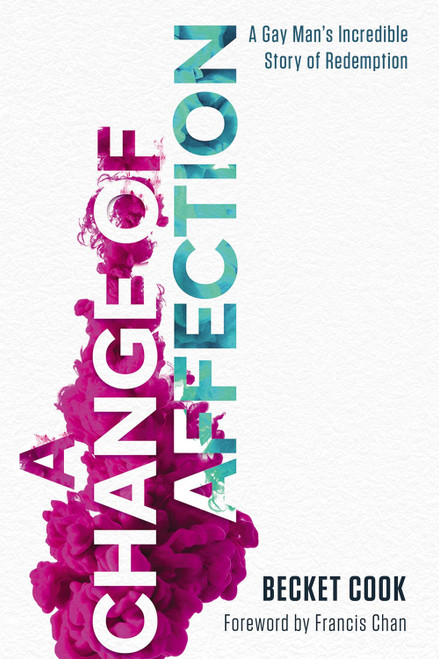 A Change of Affection: A Gay Man's Incredible Story of Redemption

The powerful, dramatic story of how a successful Hollywood set designer whose identity was deeply rooted in his homosexuality came to be suddenly and utterly transformed by the power of the gospel.

When Becket Cook moved from Dallas to Los Angeles after college, he discovered a socially progressive, liberal town that embraced not only his creative side but also his homosexuality. He devoted his time to growing his career as a successful set designer and to finding "the one" man who would fill his heart. His life centered around celebrity-filled Hollywood parties and he traveled to society hot-spots around the world--until a chance encounter with a pastor at an LA coffee shop one morning changed everything.

In A Change of Affection, Becket Cook shares his testimony as someone who was transformed by the power of the gospel. His dramatic conversion to Christianity and subsequent seminary training inform his views on homosexuality--personally, biblically, theologically, and culturally--and his compelling book guides readers through this complex and controversial issue while revealing how to lovingly engage with those who disagree.

Provocative, genuine, and deeply faithful, A Change of Affection is a timely and indispensable resource for anyone who desires to understand more fully one of the most common and difficult stumbling blocks to faithfully following Christ today.

A Mother's Story of Loss and Redemption (Digital)

A Mother's Story of Loss and Redemption