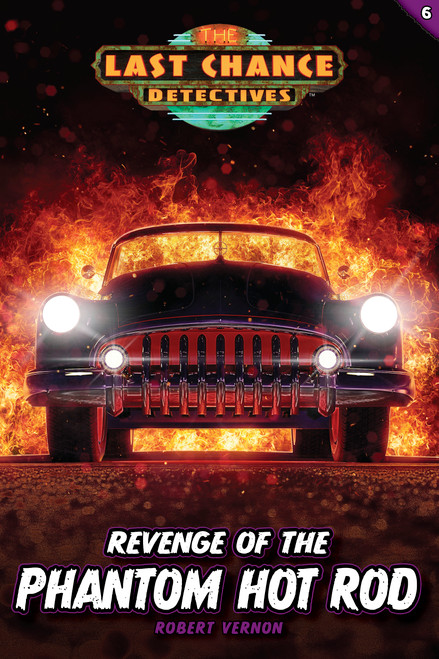 In book six of the Last Chance Detectives series, readers learn about forgiveness and self-sacrifice, while the main characters learn the hard way how to overcome their emotions and work together to help others―including those who have wronged them.

A mysterious old car is terrorizing the roads outside Ambrosia, and the Last Chance Detectives are determined to find out who’s behind it―and why.

A dangerous highway encounter. A phantom roadster. A thirty-year quest for revenge.

Arlene, the sheriff’s assistant, is driving home from work one evening when a classic hotrod pulls up alongside her. What did Arlene see that night that has her so frightened? Who was inside the other car, and what about that threatening message the driver left behind?

Mike, Winnie, Ben, and Spence―four kids known as the Last Chance Detectives―decide to investigate this case of terror on the highway. They learn that Sheriff Smitty has a secret from his past, a secret that puts him and the young sleuths in danger.

Revenge of the Phantom Hotrod calls on the four friends to work through their differences and follow what God teaches about justice and forgiveness, before it’s too late!

Get to know The Last Chance Detectives

Together, these four friends won’t stop until the mystery is solved!