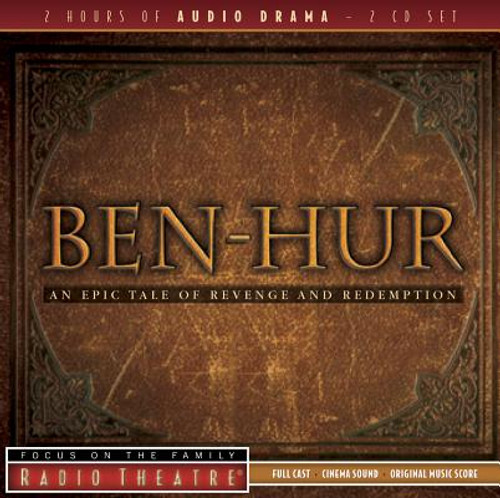 An unforgettable account of betrayal, revenge, redemption, Focus on the Family Radio Theatre's production of Ben-Hur tells the tale of a nobleman who fell from Roman favor and was sentenced to live as a slave - all at the hands of his childhood friend, Messala. Once nearly brothers, any hope of reconciliation is dashed after Messala is seriously injured during a vicious chariot race won by the vindictive Ben-Hur. But what makes this adaptation of Lew Wallace's best-selling story unforgettable is the changed man Ben-Hur becomes after seeing Christ on the cross.
Recorded in London with film-style sound, this action-packed production shares that compassion is the true path to redemption.