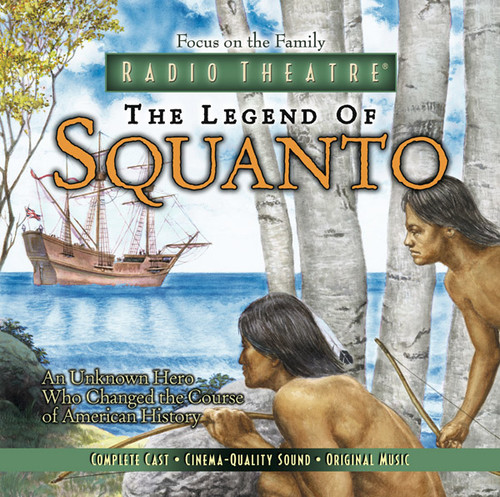 This audio drama brings to light the story of one of America's early legends - "Squanto." History remembers Tisquantum as the Native American who taught early settlers to fish and farm. He's even credited with the first Thanksgiving. But few hear the story of the condemnation that dragged him outside America to a life in chains and what he discovered after his exile. It's an inspiring true story of this little-known early American that triumphed over injustice and changed what would become the United States.

Radio Theatre: The Legend of Squanto