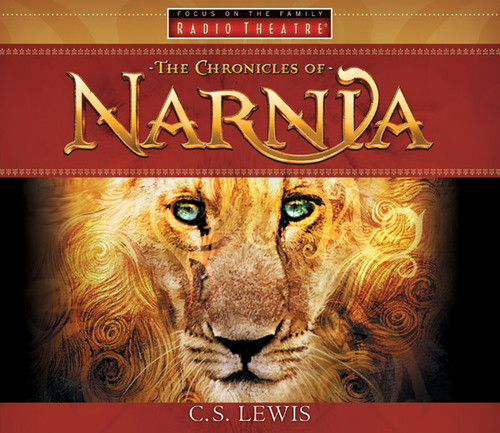 Between the lamppost and Cair Paravel on the eastern sea lies Narnia, a mystical land where animals hold the power of speech . . . woodland creatures conspire with men . . . dark forces, bent on conquest, gather at the world's rim to wage war against the realm's rightful king . . . and the great lion Aslan is the only hope. Into this enchanted world comes a group of unlikely travelers. These ordinary boys and girls, when faced with peril, learn extraordinary lessons in courage, self-sacrifice, friendship, and honor. These classic stories by C.S. Lewis have enchanted millions around the world. Focus on the Family's Radio Theatre brings them to life in this dramatized audio production. Recorded in London with an all-star cast of England's brightest talent from the stage and screen, an original orchestral score, and cinema-quality digital sound design, this innovative recording provides over 22 hours of entertainment for the entire family.

This complete series of The Chronicles of Narnia includes The Magician's Nephew; The Lion, the Witch, and the Wardrobe; The Horse and His Boy; Prince Caspian; The Voyage of the Dawn Treader; The Silver Chair; and The Last Battle.

Radio Theatre: The Chronicles of Narnia: The Lion, the Witch, and the Wardrobe (Digital Audio Download)

Radio Theatre: The Chronicles of Narnia: The Lion, the Witch, and the Wardrobe (Digital Audio Download)