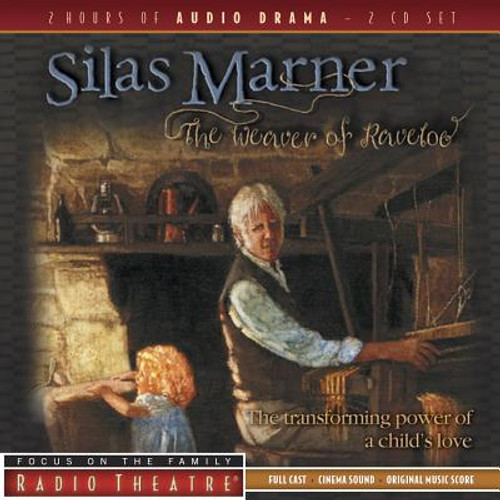 Edward Woodward (star of The Equalizer television series) and Jenny Agutter are just two of the experienced cast that lends its talents to this enchanting audio-play adaptation of the famous story by George Eliot. Betrayed by his best friend and maliciously accused of being a thief, Silas Marner loses everything - his fiancee, his friends, his reputation, and - worst of all - his faith in God and his fellow man. When a beautiful, golden-haired child enters his life - a girl he loves as if she were his own daughter - his life is amazingly changed for the better.

WHAT IS RADIO THEATRE? Radio theatre is the bridge between film and audiobooks in the format of a dramatised, purely acoustic performance. It is an immersive experience for listeners to imagine the characters and the story through dialogue, music and sound effects. Unmatched, Focus on the Family’s Radio Theatre is award winning with performance from internationally acclaimed actors. More than an audio book it is a movie that plays on the biggest screen of all... your imagination.