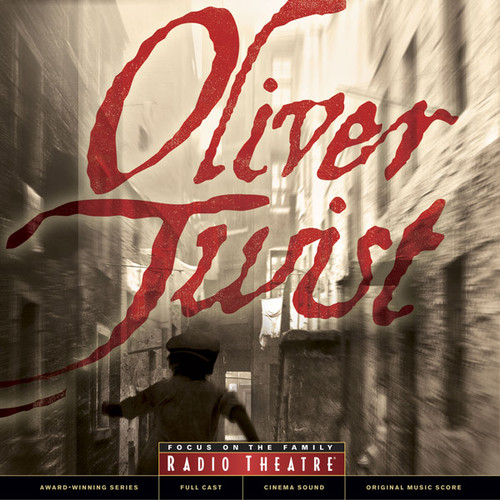 Escape to another place & time with this full-cast audio dramatization of the Charles Dickens' timeless tale set in 1830's London. This powerful story will not only entertain you, but draw you into the timeless drama of compassion, corruption and redemption as a single orphan changes the lives of everyone around him. Featuring cinema-quality sound, award-winning writers, an original music score, and a stellar cast of some of England's best actors. Radio Theatre isn't just storytelling or a book on tape. It's an audio movie that plays on the biggest screen of all...your imagination! Includes a bonus video documentary featurette with "behind the scenes" footage and stories of real, modern-day "Olivers". Includes close to 6 hours of audio-drama entertainment!

What is Radio Theatre? Radio Theatre is the bridge between film and audio books in the format of a dramatized, purely acoustic performance. It is an immersive experience for listeners to imagine the characters and the story through dialogue, music and sound effects. Unmatched, Focus on the Family?s Radio Theatre is award winning with performances from internationally acclaimed actors. More than an audio book, it is a movie that plays on the biggest screen of all... your imagination.