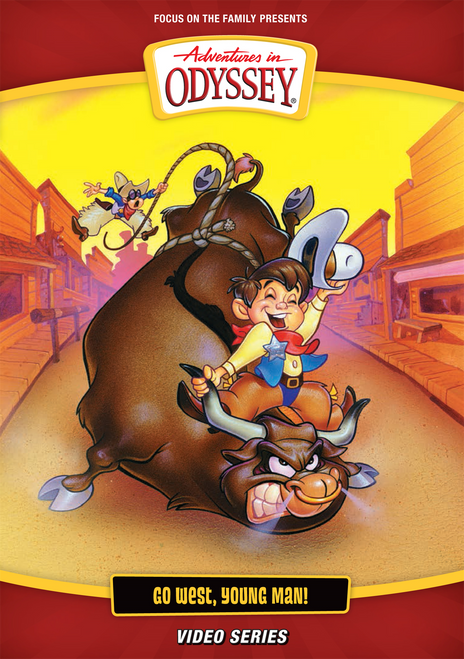 John Avery Whittaker has just completed the most amazing transport machine ever---the new Imagination Station! Dylan and Eugene jump in and take off on the maiden voyage to the Old West and drop in on a frantic feud to save the town of Tuttleville from the dreadful Dalton gang. After promising that he and Eugene are committed to cleaning up the streets, Dylan discovers it's a bigger job than he ever imagined. When faced with a showdown, Dylan must decide whether to keep his word or run for his life in this episode that teaches courage and integrity.

Adventures in Odyssey Video #6: Once Upon an Avalanche (Digital Video Download)