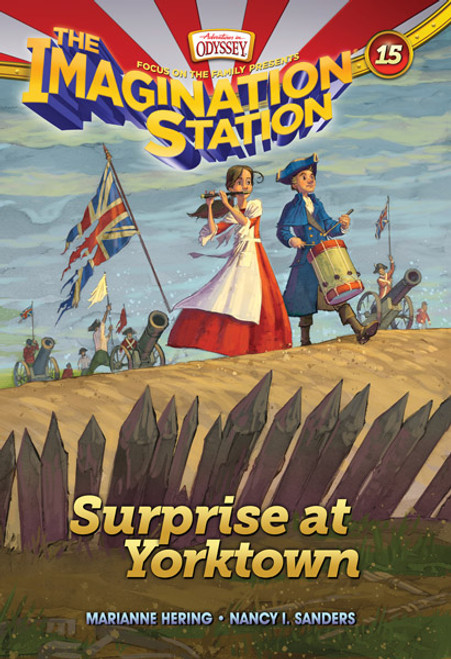 Join cousins Patrick and Beth as they travel back in time to the final battle of the American Revolution at Yorktown, Virginia. They must sneak through the trenches and race across battlefields to warn General George Washington about a dangerous spy. The spy is stealing his secret plans and giving them to the British. Cannons roar and the ground shakes as the struggle reaches a climax. Washington's ragtag soldiers are up against the most powerful army in the world. Will Patrick and Beth witness the American Revolution come to an end? Or will they be caught in a dangerous trap they can't escape?

Adventures in Odyssey: Imagination Station #05: Showdown with the Shepherd

Adventures in Odyssey: Imagination Station #19: Light in the Lions' Den

Adventures in Odyssey Imagination Station #17: In Fear of the Spear (Digital)