The Making of Us: Who We Can Become When Life Doesn't Go as Planned 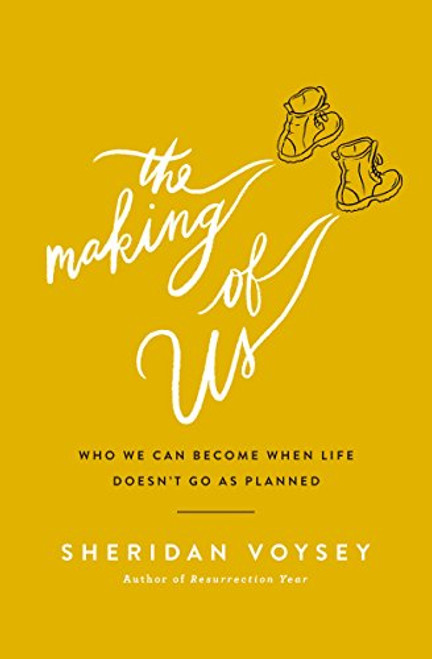 The Making of Us: Who We Can Become When Life Doesn't Go as Planned

Beautifully written and deeply poignant, The Making of Us allows readers to walk alongside author and radio personality Sheridan Voysey during a transformational moment in his life journey. Picking up where Resurrection Year: Turning Broken Dreams Into New Beginnings left off, Sheridan helps us process what we can learn about our identities in the face of disappointment and change.

Life had not gone according to plan for Sheridan Voysey and his wife, Merryn. When infertility ended their dream of becoming parents, they uprooted their lives and relocated from Australia to Oxford, England, so Merryn could pursue her professional goals. But the move meant Sheridan had to give up his well-established career in Christian radio, and though he was experiencing some success as a writer, he couldn’t reconcile his expectations for his life with the reality he was living. Lost and directionless, he came to a sobering realization: I don’t know who I am.

Following the example of many a seeker, Sheridan decided to pair his spiritual journey with a literal one: a hundred-mile pilgrimage along the northeast coast of England. Inspired by the life and influence of the monk Cuthbert, who was among the first to evangelize northern England in the 600s, Voysey and his friend DJ traveled on foot from the Holy Island of Lindisfarne to Durham, where the famed Lindisfarne Gospels were on display.

What makes us who we are? What shapes our hopes and dreams, and how do we adjust when things don’t go as we hoped? Can we recover if we make a choice that’s less than perfect? Voysey tackles these questions and others as he deftly weaves together Cuthbert’s story, the history of early Christianity in England, and his own struggle to find his identity and purpose. His introspective writing leads readers to consider their own stories and reflect on how God calls each of us to an identity bigger than any earthly role or career. Part travel memoir, part pilgrim’s journal, The Making of Us is a quiet story including a chapter-by-chapter reflection guide, of trust in God’s leading for our lives, no matter where our paths take us.

When God Doesn't Fix It

When He Doesn't Believe

When Two Become One

When Making Others Happy Is Making You Miserable

The Beauty of Broken