The Cost of My Faith: How a Decision in My Cake Shop Took Me to the Supreme Court 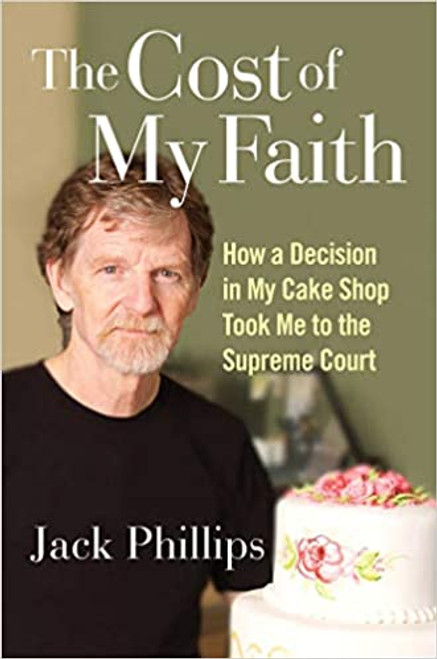 The Cost of My Faith: How a Decision in My Cake Shop Took Me to the Supreme Court

Why Not Just Make the Cake?

That’s a question countless people across the country started asking in 2012, when Jack Phillips told two men who walked into his Masterpiece Cakeshop that he couldn’t create a custom cake for their same-sex wedding. And the question only grew more urgent as Phillips had to defend himself first before the Colorado Civil Rights Commission and then numerous courts—losing at every step of the way until the U.S. Supreme Court ruled in his favor in June 2018.

Why not just make the cake? Submitting would have been less frightening than facing relentless harassment and death threats. It would have been less costly than losing a major portion of his business when the state demanded that he design cakes for same-sex weddings or none at all. And it would have been easier than a decade of fighting for his rights—and his livelihood—in court, a fight he has been forced to continue even after his victory at the Supreme Court.

But for Jack Phillips, there are deeper principles at stake—principles too precious to abandon for the sake of convenience and safety. These principles should be of concern to every American, including Jack’s adversaries. If the freedoms Jack has sought to protect are lost, they may never be regained.

Why not just make the cake? In this inspiring book, Jack answers that question in his own words, hoping his story will inspire and strengthen the many who will encounter challenges, however fearsome, to living out their faith.

Marriage and the Supreme Court (Digital)

Responding to the Supreme Court Decision on Same-Sex Marriage (Digital)

God's Hostage: A True Story of Persecution, Imprisonment, and Perseverance

Loving Others While Standing by My Beliefs