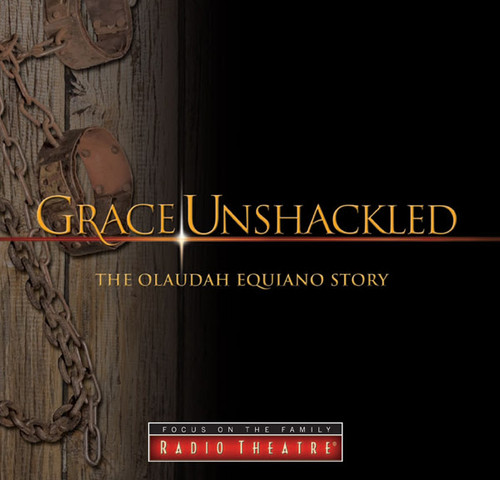 In Radio Theatre's Grace Unshackled a story is told taking place in 1755. During this time, over a half-million Africans were brutally captured and kidnapped as slaves. Olaudah Equiano was one of them. But, unlike many he lived to tell his story. Olaudah Equiano, a prince among his people who, at the age of ten, finds himself in the diseased hold of a slave ship, on a voyage to worlds beyond his comprehension.

What is radio theatre? Radio theatre is the bridge between film and audiobooks in the format of a dramatised, purely acoustic performance. It is an immersive experience for listeners to imagine the characters and the story through dialogue, music and sound effects. Unmatched, Focus on the Family?s Radio Theatre is award winning with performances from internationally acclaimed actors. More than an audio book, it is a movie that plays on the biggest screen of all... your imagination.