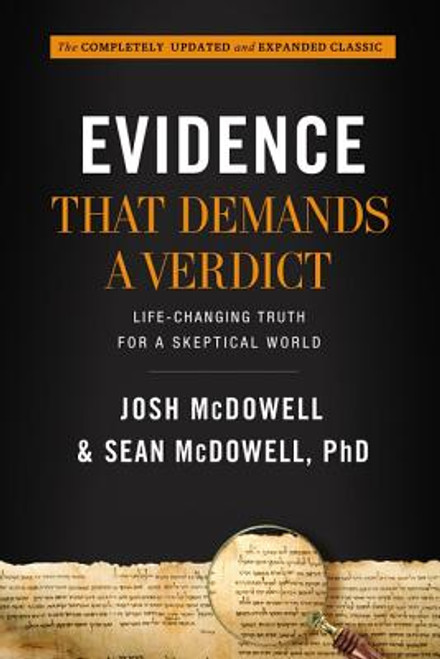 The modern apologetics classic that started it all is now completely revised and updated--because the truth of the Bible doesn't change, but its critics do. With the original Evidence That Demands a Verdict, bestselling author Josh McDowell gave Christian readers the answers they needed to defend their faith against the harshest critics and skeptics. Since that time, Evidence has remained a trusted resource for believers young and old. Bringing historical documentation and the best modern scholarship to bear on the trustworthiness of the Bible and its teachings, this extensive volume has encouraged and strengthened millions. Now, with his son Sean McDowell, Josh McDowell has updated and expanded this classic resource for a new generation. This is a book that invites readers to bring their doubts and doesn't shy away from the tough questions. Features Include: - Thoroughly revised and updated from the previous edition - Now co-authored by Josh McDowell and Sean McDowell - All-new chapters defending against the latest attacks from Christianity's critics - Designed to be a go-to reference for even the toughest questions - Offers thoughtful responses to the Bible's most difficult and extraordinary passages - Expansive defense of Christianity's core truths, including the resurrection of Jesus Christ

Imprints: The Evidence Our Lives Leave Behind

Examining the Evidence of Easter

Examining the Evidence of Easter (Digital)

Fight Your Way to a Better Marriage: How Healthy Conflict Can Take You to Deeper Levels of Intimacy