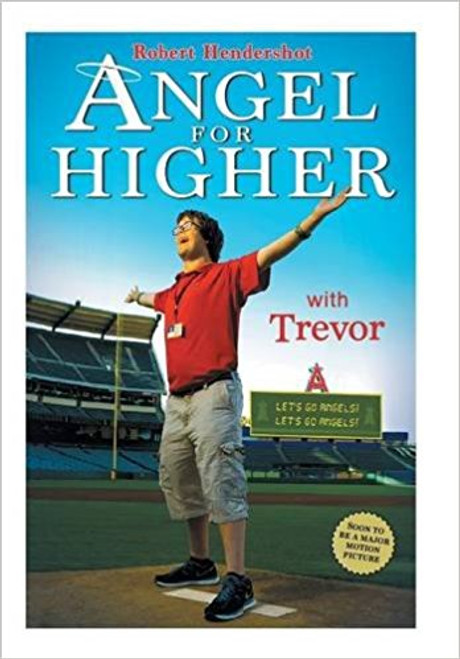 Angel for Higher chronicles the joyfully inspirational journey of Robert Hendershot, a recovering alcoholic, and his son Trevor, who has Down syndrome, as they seek God's will for their lives. When Trevor was born with Down syndrome, Robert was shocked, disappointed and angry with God, "You knew I'd have enough trouble being the father of a regular child, let alone one with special needs! I don't deserve a son like this!" The last twenty-six years of their life together have proved that Robert was right all along--he really did not deserve a son like Trevor, but for the completely opposite reason. The practical lessons God taught Robert in his recovery have helped him to become a better father to Trevor, and vice versa, the spiritual lessons God taught him as Trevor's dad have helped him to remain sober for over twenty years. At the beginning of Trevor's freshman year he was bullied, called names and told he was worthless. Nevertheless, at the start of his senior year, the faculty drafted Trevor onto the homecoming court, and then his classmates elected him Homecoming King in the greatest landslide in his high school's history--he received more votes than the other four candidates combined. Trevor was also told that the best job he could every hope for would be folding towels in the basement of a hotel laundromat. However, after graduating, he first was hired in 2012 by Major League Baseball's Los Angeles Angels, and then in 2013 by the National Hockey League's Anaheim Ducks to be the Greeter in their respective Team Stores. Trevor is still known, admired and often loved hundreds of thousands of sports fans, fellow employees and professional athletes. Robert and Trevor are in the process of forming a 501(c)3 non-profit corporation, Angels for Higher, to help facilitate the "Trevorizing" of additional stadiums and arenas. Their mission is to encourage the hiring of individuals with Down syndrome, like Trevor, to work as greeters (and pro-life ambassadors) at sports venues across the USA, North America and ultimately around the world. Their vision is to transform the pro-life, special needs culture of the world...one sports stadium at a time. "Now to Him who is able to do immeasurably more than all we ask or imagine..." (Ephesians 3:20)

A Higher Calling: Pursuing Love, Faith, and Mount Everest for a Greater Purpose

United in Autism: Finding Strength Inside the Spectrum

Money-Making Mom: How Every Woman Can Earn More and Make a Difference