A Story Unfinished: 99 Days with Eliot 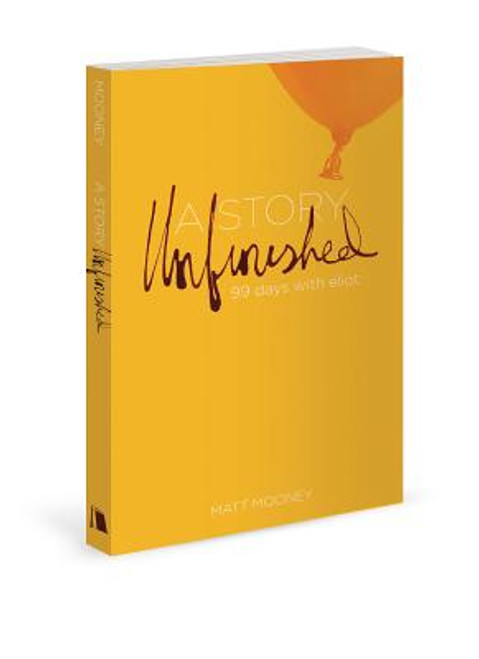 A Story Unfinished: 99 Days with Eliot

Eliot wasn't supposed to make it to full term.At thirty weeks into the pregnancy, Matt and Ginny Mooney were told their child had a genetic disease that made his birth unlikely. If their baby lived, it would be for only hours or perhaps a few days.But Eliot was born and lived 99 days. And every one of those days was a gift that would change his family forever.At Eliot's funeral, 99 balloons were released, one for each day of his life on earth. That simple act of remembrance stirred the community and received national attention. Eliot's story has been featured on Oprah and the TODAY show, and a video about his life has been seen by millions on YouTube.And now, Eliot's father, Matt, recounts his family's remarkable journey in A Story Unfinished, a chronicle of pain, redemption, and Gods goodness even in the darkest days.

The Love Dare Day by Day

Unfinished: Believing Is Only the Beginning

25 Days of the Christmas Story: An Advent Family Experience

Sis, Take a Breath: Encouragement for the Woman Who's Trying to Live and Love Well (But Secretly Just Wants to Take a Nap)

25 Days of the Christmas Story: An Advent Family Experience

Understanding and Loving Your Child Who Smokes Pot