The Greatest Coach Ever 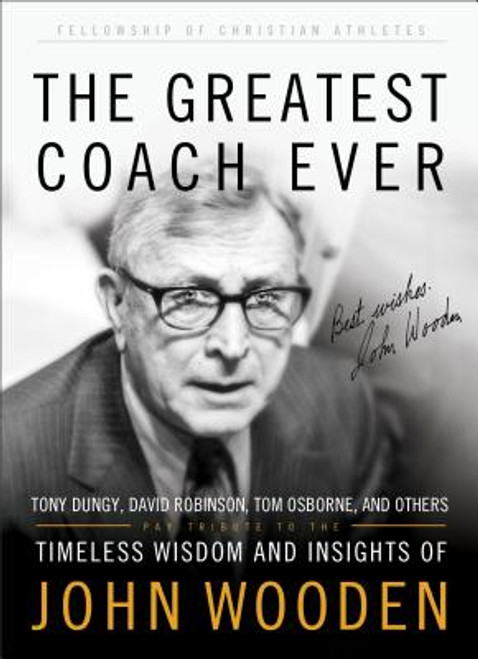 The Greatest Coach Ever

Coach John Wooden's teams won 10 NCAA mens basketball championships at UCLA and Sporting News magazine named him the greatest coach of all time. Yet decades after he retired and now after his passing, his wisdom, capsulated so clearly in his famous Pyramid of Success, continues to guide new generations of athletes, coaches, and people of all walks of life. In The Greatest Coach Ever, the Fellowship of Christian Athletes features forty tributes from athletes, coaches, and other influential leaders like Bobby Bowden, Tom Osborne, Sue Semrau, Tony Dungy, Mike Singletary, Tamika Catchings, Joe Girardi, Jim Tressel, and David Robinson, paying honor to Coach Wooden and reflecting on how his example has challenged and changed them. Their stories can challenge and change your life, too. Coach Wooden appreciated the tributes and the honor of being called the greatest coach ever, but felt uncomfortable with the title. He was eager to see that this book points to the one whom he calls the greatest coach ever. "I am happy being remembered as a man of integrity. I like that"--John Wooden, May 21 2010

The Greatest Words Ever Spoken

The Greatest of These is Love

The Greatest of These is Love (Digital)

Making Helpful Changes to Your Communication

Experiencing God Revised and Expanded: Knowing and Doing the Will of God (Christian Large Print Originals)

Marriage Meet Ups: A Planner for Couples Who Want a Productive, Passionate and Purposeful Life (Bundle of red and blue editions)