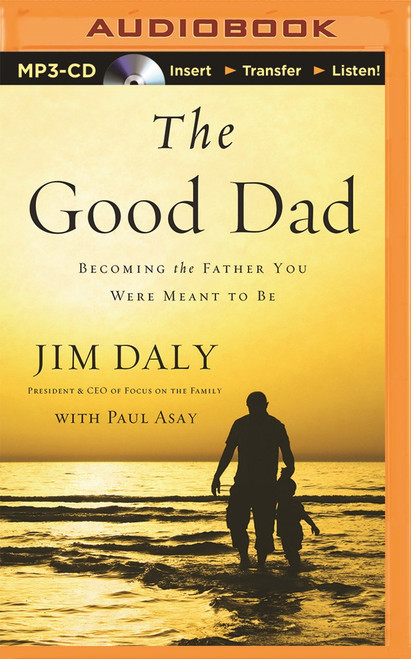 It's never too late to be a better father

Jim Daly, president and CEO of Focus on the Family, is an expert in fatherhood in part because his own "fathers" failed him so badly. His biological dad was an alcoholic. His stepfather deserted him. His foster father accused Jim of trying to kill him. All were out of Jim's life by the time he turned 13. Isn't it odd and reminiscent of the hand of God that the director of the leading organization on family turned out to be a guy whose own background as a kid and son were pretty messed up? Or could it be that successful parenting is discovered not in the perfect, peaceful household but in the midst of battles and messy situations, where God must constantly be called to the scene? That is the mystery unraveled in this audiobook.

Using his own expertise, humor, and inexhaustible wealth of stories, Jim will show you that God can make you a good dad, a great dad, in spite of the way you've grown up and in spite of the mistakes you've made. Maybe even because of them. It's not about becoming a perfect father. It's about trying to become a better father, each and every day. It's about building relationships with your children through love, grace, patience, and fun and helping them grow into the men and women they're meant to be.

Striving to Be a Good Dad (Digital)

In Their Shoes: Helping Parents Better Understand and Connect with Children of Divorce

Celebrating Christmas as a Family