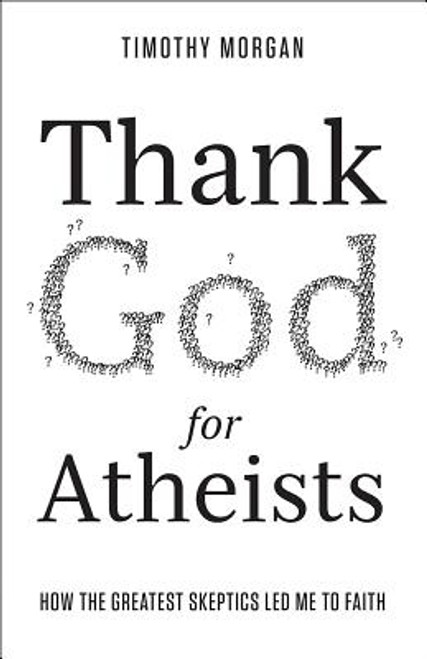 "The greatest authors of atheism did more to push me toward belief in God than any Christian apologist writer." --Timothy Morgan

After a decade of major disappointments, Timothy Morgan was ready to reject God. Atheism offered an escape--an opportunity to dismiss God permanently.

But as Morgan delved into the thinking of great atheists past and present, he was stunned. In book after book, he found their reasons for rejecting God to be intellectually unfulfilling.

In Thank God for Atheists he candidly shares his journey by letting atheists speak for themselves, examining their logic to see whether it holds up or not. Along the way, deals with these key questions:

You'll find this a personal and thoughtful book on why the evidence for God is much more compelling than the evidence against Him.

Thank You, God, for Daddy

The Atheist Who Didn't Exist

I Don't Have Enough Faith to Be an Atheist

Outdated: Find Love That Lasts When Dating Has Changed

Blessed Broken Given: How Your Story Becomes Sacred in the Hands of Jesus