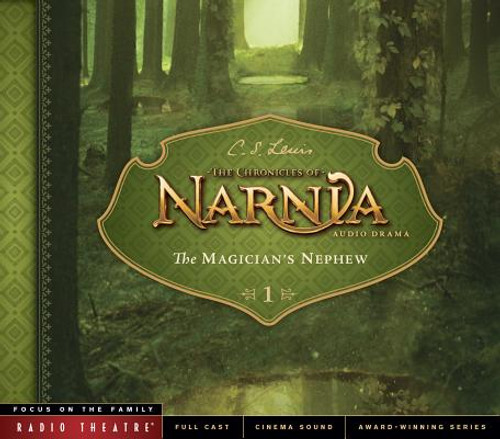 A boy and a girl are tricked into using magic rings . . . a beautiful and terrifying queen escapes from a dying world . . . a lion--the great Aslan--sings a new world into existence. And so Narnia is born, and already a dark treachery threatens its future. The Magician's Nephew, the epic prequel to The Lion, the Witch, and the Wardrobe, is the story of the beginning of Narnia--and a lifetime of adventures.

Fully dramatized and produced with cinema-quality sound design and music, The Magician's Nephew is the first of seven audio dramas in the Focus on the Family Radio Theatre production of The Chronicles of Narnia. Hosted by Douglas Gresham, stepson of C. S. Lewis, these timeless adventures are brought to life by a cast of talented actors, including award winners Paul Scofield and David Suchet, and were recorded in London.

This is a repackaged, individual title from the bestselling Radio Theatre resource The Chronicles of Narnia, which has sold more than 950,000 copies.