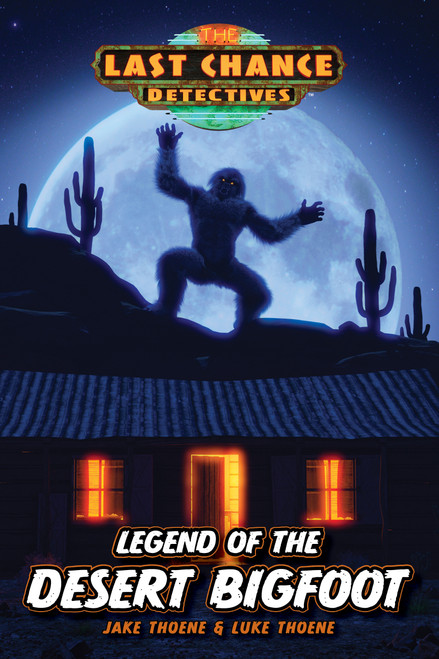 In this third book of the series, readers learn about integrity and the important of doing what’s right, even when it’s hard.

Is a mythical beast lurking in Ambrosia?

It travels only at night. It stands three feet taller than the average human. It wields incredible strength. It’s been called Sasquatch, Yeti, Orange Eyes, Mud Monster . . . Bigfoot . . . and the people of Ambrosia believe it’s only a legend. Until now!

Long, coarse strands of animal hair the vet can’t identify . . . old Silas’s wild story . . . metal doors ripped apart by powerful claws . . . terrorized campers . . . and in the middle of it all, a dog named Jake, who captures a place in Mike’s heart.

Legend of the Desert Bigfoot plunges Mike, Ben, Winnie, and Spence into a mystery they never could have imagined.

The Last Chance Detectives DVD #2: Legend of the Desert Bigfoot