City of Man: Religion and Politics in a New Era 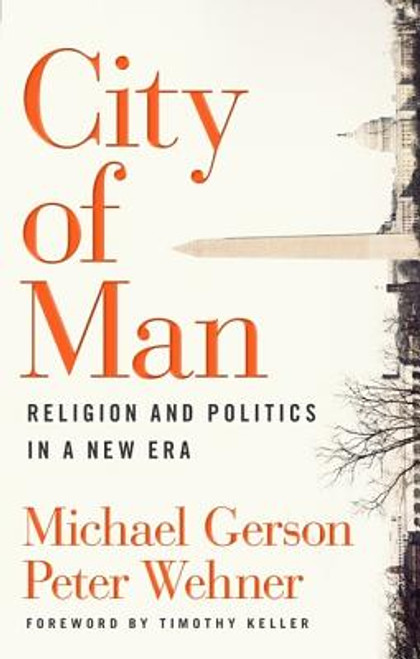 City of Man: Religion and Politics in a New Era

An era has ended. The political movement that most galvanized evangelicals for more than a quarter-century, the Religious Right, is fading away. What lies ahead is unclear.

Into this uncertainty, former White House insiders Michael Gerson and Peter Wehner call evangelicals toward a new kind of political engagement -- a kind that is better both for the church and the country, a kind that cannot be co-opted by either political party, a kind that avoids the historic mistakes of both the Religious Right and the Religious Left.

A product of the authors' own wrestling with the complicated relationship between religion and politics, City of Man assesses the past, surveys the present, and deals with questions central to evangelicals' future political role, including:

* How can religious people exercise influence while maintaining their integrity?

* What tone should they be known for?

* How should they think about the role and purpose of government?

* Which causes and issues, both at home and abroad, ought to be a part of their agenda?

Incisive, bold, and marked equally by pragmatism and idealism, Gerson and Wehner's book charts a new political future not just for civic-minded Christians and "values voters," but for the nation as a whole.

The Teen's Guide to Face-To-Face Connections in a Screen-To-Screen World: 40 Tips to Meaningful Communication

The Teen's Guide to Social Media... and Mobile Devices: 21 Tips to Wise Posting in an Insecure World