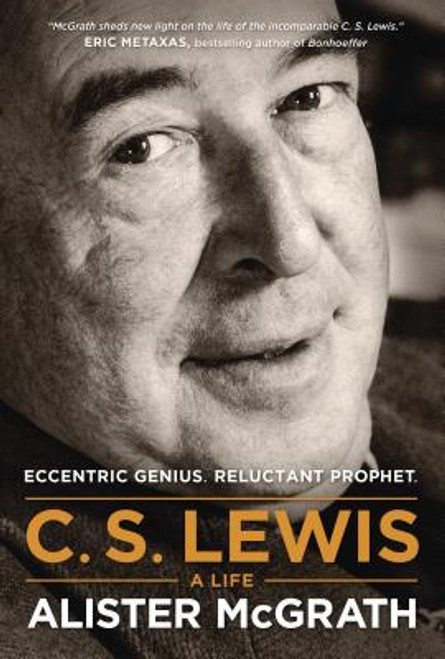 NOTE: This item is available only within the U.S.ECPA 2014 Christian Book Award Winner (Non-Fiction)
Fifty years after his death, C. S. Lewis continues to inspire and fascinate millions. His legacy remains varied and vast. He was a towering intellectual figure, a popular fiction author who inspired a global movie franchise around the world of Narnia, and an atheist-turned-Christian thinker.

In C.S. Lewis--A Life, Alister McGrath, prolific author and respected professor at King's College of London, paints a definitive portrait of the life of C. S. Lewis. After thoroughly examining recently published Lewis correspondence, Alister challenges some of the previously held beliefs about the exact timing of Lewis's shift from atheism to theism and then to Christianity. He paints a portrait of an eccentric thinker who became an inspiring, though reluctant, prophet for our times.

You won't want to miss this fascinating portrait of a creative genius who inspired generations.

The Chosen: I Have Called You By Name (Includes Bonus Videos)

I Grew Up Little

Beautiful on the Mountain: An Inspiring True Story